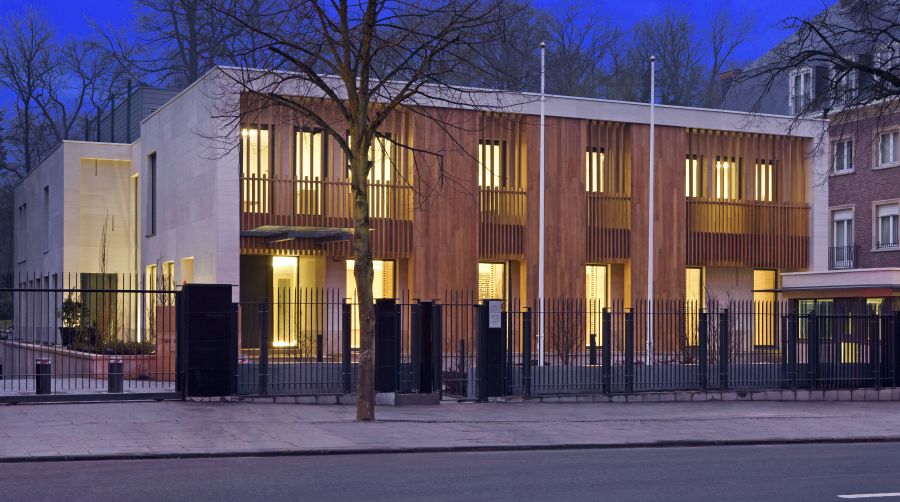 Project Description
The Singapore Embassy and Mission for the European Union is completed since beginning of March 2012 and was officially opened by the Singaporean authorities beginning September 2013. This building located 85 avenue Franklin Roosevelt in Brussels has been designed by Greenarch architecture +environment after winning the International Competition in 2008.

The project is a heavy transformation from an existing Moorish style house where the style, the function and the image were not in line with a contemporary image of the Singapore and its needs. The aim was also to create a contemporary Asian architecture with materials (such as wood and beige stone) which illustrates the image of the country. The new insulated envelope allows to obtain a low energy building. The roof is fitted with a green roof. The volume is structured by integrated architectural elements and finishes that contribute to a graphical and sculptural space quality. The project’s program includes the global design from the garden (including Asian vegetation), to the building and its envelope but also all interior design spaces including the furniture and small details. 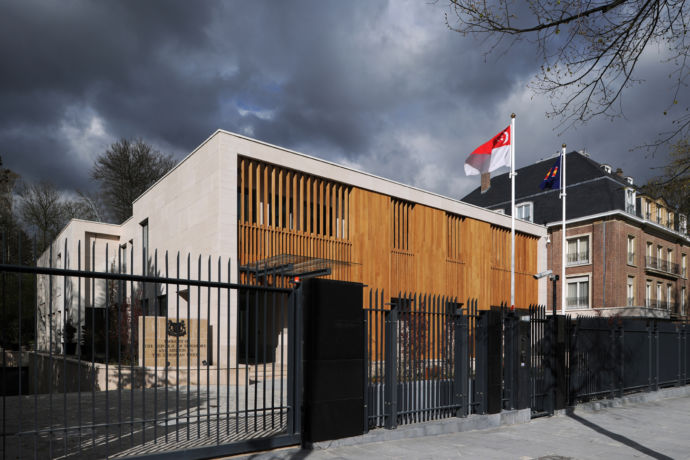